“Capital punishment is both useless and injurious. It is as great an injustice to the 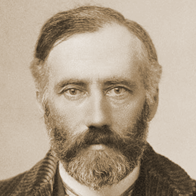 world of beings left unexecuted as to the one so violently sent out of life. They used to kill men in England for stealing a ten-penny nail or a loaf of bread, but thieves and thieving did not lessen. Murders have not decreased. In the country districts executions are means for brutalizing the people, who make a hanging an occasion for a gala gathering in order to see a man legally killed. But theosophically it is far worse. The fact that the sudden killing is legal makes no difference with the laws of nature. The man is suddenly cut off from his body, and, just like a suicide, is condemned to be a “spook.” He is dead so far as the body is concerned, but is astrally alive. Worse than a suicide he is filled with hate and revenge which he must wreak on someone. At first he is not able to do much, but soon he finds that there are sensitive persons on the earth who can be filled with his vicious and raging passions. These poor souls are then influenced to commit crimes; being filled mentally – from the inner planes – with the ideas and passions of the criminal, they are at last moved to do what their mind is filled with. The executed criminal does not have to know what is going on, for his raging passions, untouched by the executioner, excite and influence of themselves whoever is sensitive to them. This is why many a crime is suddenly committed by weak persons who appear to be carried away by an outside force. It seems hardly possible that anyone could believe in theosophical and occult doctrines and at the same time commend capital punishment.”

See also 12 Things Theosophy Teaches, Death and the Afterlife, What happens to people who commit Suicide? and Who was William Quan Judge?