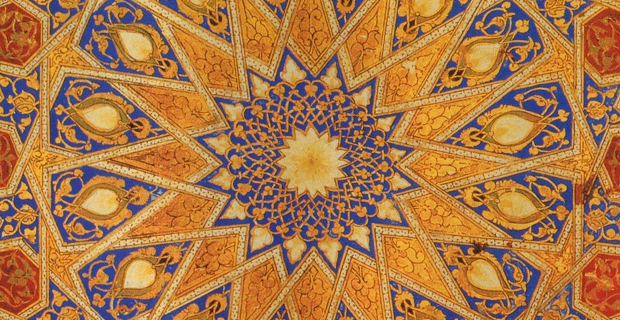 Does Theosophy say much about Islam, Muslims, or the Prophet Muhammad?

The Theosophical teachings and literature do not mention these subjects very often at all. The few references are a mixture of both positive and negative statements and remarks.

For example, on p. 120 of “The Ocean of Theosophy,” in the chapter titled “Cycles,” William Q. Judge describes Mohammed as an avatar; “a minor intermediate one for a certain part of the race, and was civil, military and religious.”

To be even a minor avatar is no small accomplishment and we can thus only conclude that there must have indeed been something special about that soul. As with others who have become known as founders of religions – and whose intentions were often to reform existing systems rather than establish something new – there may well have been a big difference between the Islam of Mohammed and the Islam of his later followers and devotees.

In her first book, H.P. Blavatsky declares that “There has never been a religion in the annals of the world with such a bloody record as Christianity. All the rest, including the traditional fierce fights of the “chosen people” with their next of kin, the idolatrous tribes of Israel, pale before the murderous fanaticism of the alleged followers of Christ! Even the rapid spread of Mahometanism before the conquering sword of the Islam prophet, is a direct consequence of the bloody riots and fights among Christians. It was the intestine war between the Nestorians and Cyrilians that engendered Islamism; and it is in the convent of Bozrah that the prolific seed was first sown by Bahira, the Nestorian monk. Freely watered by rivers of blood, the tree of Mecca has grown till we find it in the present century overshadowing nearly two hundred millions of people.” (“Isis Unveiled” Vol. 2, p. 53-54)

Bahira, also known as “Sergius the Monk,” was a Syrian Christian monk who encountered the child Mohammed one day when the latter was passing through Bozrah with his uncle. Bahira is said to have experienced a vision or revelation of the boy’s future as a prophet and to have shared this with the boy and his uncle, warning the uncle to protect his nephew and keep him safe, in light of his destiny and mission. It’s interesting to note that in its early years Islam was often viewed and referred to as a Christian heresy and seen as a sort of renegade faction of Middle Eastern Christianity. Certain aspects of its theology bore close resemblance to the Nestorian Christian view of things.

In the above quote, HPB doesn’t come across as very positive about the founding of Islam nor about the religion itself! In the Introductory to “The Secret Doctrine” (Vol. 1, p. xli) she proceeds to say:

“Verily, the fiendish spirits of fanaticism, of early and mediaeval Christianity and of Islam, have from the first loved to dwell in darkness and ignorance; and both have made

“The tomb a hell, and hell itself a murkier gloom!”

“Both creeds have won their proselytes at the point of the sword; both have built their churches on heaven-kissing hecatombs of human victims.”

Her early article “The Ahkoond of Swat” (“A Modern Panarion” p. 179-183) contains the phrase “those twin foes of truth – Christianity and Islam.”

However, if we turn to her entry for “Koran” in “The Theosophical Glossary” we find her saying that “The Christians abuse the Koran calling it a hallucination, and the work of an Arabian impostor. Whereas, Mohammed preaches in his Scripture the unity of Deity, and renders honour to the Christian prophet “Issa Ben Yussuf” (Jesus, son of Joseph). The Koran is a grand poem, replete with ethical teachings proclaiming loudly Faith, Hope and Charity.”

So, as we suggested earlier – there may well have been a big difference between the Islam of Mohammed and the Islam of his later followers and devotees.

William Judge wrote a short article titled “Regarding Islamism” (nowadays “Islamism” is the term for extremist fundamentalist Islam whereas at that time it was merely synonymous with “Islam” itself) in which he comments that “the Sufis really preserve the inner doctrines of Islam” and adds:

“The next prominent conception held by Western people about the Mohammedans is that they have forced an acceptance of their doctrines. We have such stories as that they carried sword in one hand and the Koran in the other, compelling people to accept the book under threat of the sword; that they burned books containing matter other than that in the Koran, on the ground that if it was in the Koran the books were unnecessary, and if it was not in the Koran the books were wrong and should be burned. But the disciples of the Prophet assert that he never taught any such thing, and point to much learning on the part of the Mohammedans in the past. Doubtless these disciples are right, but we know that many Mohammedans tried to coerce people, and that there is some foundation for the story in respect to destruction of that which was not found in the Koran. For these reasons the West has been opposed to Islamism without really knowing much about it. The religion has been judged by the proceedings of its followers. Similar charges might be made against Christian peoples, who notoriously both individually and as nations are in the habit of going directly contrary to the commands of their Founder. . . .

“The religion of the Prophet contains, in common with all other religions, a secret doctrine which is the same as that found in those differently named. As referred to above, the Sufis taught a very high kind of mysticism, but not any higher than that of the Hindus, nor any different from the mysticism of the Christians, both of early and later times. . . . as we know little about true Islamism, a careful consideration of it will no doubt add to our knowledge and broaden our conceptions, since it must end in our seeing once more that none of the religions of the day are true ones, but that a single body of truth underlying them all must be the religion of the future.” (this article is in “William Q. Judge Theosophical Articles” Vol. 1 and WQJ Pamphlet #15 “Theosophic Themes”)

Sunni, Shia, and Sufi, are the three most well known forms of Islam. The Sufis, says HPB, “claim, and very justly, the possession of the esoteric philosophy and doctrine of true Mohammedanism. The Suffi (or Sofi) doctrine is a good deal in touch with Theosophy, inasmuch as it preaches one universal creed, and outward respect and tolerance for every popular exoteric faith. It is also in touch with Masonry. The Suffis have four degrees and four stages of initiation: 1st, probationary, with a strict outward observance of Mussulman [i.e. Muslim] rites, the hidden meaning of each ceremony and dogma being explained to the candidate; 2nd, metaphysical training; 3rd, the “Wisdom” degree, when the candidate is initiated into the innermost nature of things; and 4th, final Truth, when the Adept attains divine powers, and complete union with the One Universal Deity in ecstacy or Samadhi.” (“The Theosophical Glossary” p. 311, Entry for “Suffism”)

The mysterious Druzes of Lebanon and Syria also bear a link with the esoteric side of Islam but are a distinct religious group, more profoundly and openly metaphysical and occult in nature and doctrine than the Sufis. HPB’s article “Lamas and Druses” is well worth reading in this regard. It can be found in the third volume of “H.P. Blavatsky Theosophical Articles” and HPB Pamphlet #23 “Ancient Survivals and Modern Errors,” published by Theosophy Company on behalf of the United Lodge of Theosophists.

Readers are invited to explore and study Islam for themselves and, keeping these Theosophical references in mind, draw their own conclusions about the religion, its founder, its scriptures, and the nature and worth of both its exoteric and esoteric sides.

It is the more extremist exoteric forms of Islam which pose a serious threat in the world today, on various different levels. Perhaps foreseeing the state of affairs in the 21st century, HPB once remarked that “Europe may yet awaken one day to find itself Mussulman [i.e. Muslim].” (“Our Cycle and The Next” article, in “H.P. Blavatsky Theosophical Articles” Vol. 1 and HPB Pamphlet #10 “Cycles and Human Destiny”) When she wrote those words, such an idea would have seemed preposterous to most and extremely unlikely. Today it rings all too true and represents a growing and legitimate concern of many in the West.

“Be this as it may, the religion of the ancients is the religion of the future. A few centuries more, and there will linger no sectarian beliefs in either of the great religions of humanity. Brahmanism and Buddhism, Christianity and Mahometanism will all disappear before the mighty rush of facts.” (H.P. Blavatsky, “Isis Unveiled” Vol. 1, p. 613)