By an ex-student of those teachings, who discovered them to be not only highly questionable but also extremely deceptive and sinister in both their content and the aims and intentions of the Movement behind them, most prominently represented by the Lucis Trust and the Arcane School. 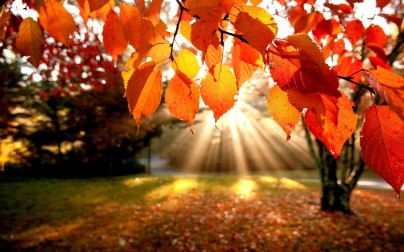 #1. Despite presenting her teachings as a “continuation” or even a conclusion of those of H.P. Blavatsky, Bailey’s books instead contradict the work and teachings of Blavatsky at almost every turn and on almost every subject and substitute her pure Eastern Esoteric Philosophy with a distinctly Christianised and Westernised system, derived almost solely from the works of C.W. Leadbeater and Annie Besant, the parents of what many Theosophists call “Pseudo-Theosophy,” this being a term first coined by HPB herself.

#2. The Bailey teachings degrade and anthropomorphise the ancient philosophical concept of an impersonal Logos and turn the Logos into a “He,” a “Him,” an entity repeatedly referred to as “God” who feels “the need to contact humanity and to have relationship with men” and who has to send “divine intermediaries” and “mediators” as “Representatives of God,” this being “the appropriate mechanism … through which divinity can reach and communicate with humanity.”

#3. Bailey’s teachings revolve around the central concept of the Second Coming of a personal Christ, the so-called “Lord Christ-Maitreya” who is the “World Teacher” for humanity and who is said to be preparing his “return” or “reappearance” on the world scene.

#4. This teaching and its emphasis, including the equation of Christ with the Bodhisattva Maitreya of Buddhist teachings, was originated in 1909 by the infamous and highly controversial C.W. Leadbeater of the Adyar Theosophical Society, who admitted on record to having performed sexual acts on young boys and who was constantly dogged with complaints and accusations of paedophilia throughout much of his life and Theosophical career. (See The Unavoidable Facts about C.W. Leadbeater) Bailey was a member of the Adyar Society, somehow chose to turn a blind eye to the many scandals surrounding Leadbeater, and accepted most of his proclamations and “clairvoyant discoveries” as genuine and important, incorporating them into her own work and teachings.

#5. All the Mahatmas, Masters, and Adepts of the Great Lodge or Brotherhood are transformed in the Bailey teachings into the “Disciples of Christ” and this supposed “Lord Christ” is described as being the Master of all the other Masters.

#6. According to Bailey, the role and work of Christ 2,000 years ago when he “overshadowed the Master Jesus” (yet another Leadbeater concept) was literally of supreme and superior importance. Her book “The Reappearance of the Christ” states that it was “He”, who “for the first time in planetary history, as far as we know – transmitted the divine energy of love directly to our planet and in a most definite sense to humanity” and again “He” who “gave men the new command to love one another” (as if this had never been said or emphasised before by any other great Teachers or Masters in history!) and “He” alone who purportedly “altered all human living, goals and values.”

#7. The central Theosophical teachings of Karma and Reincarnation, repeatedly emphasised by H.P. Blavatsky as being of such vital importance to humanity, receive hardly any attention or mention in the Bailey teachings. Bailey students are advised not to concern themselves too much with promulgating such ideas and are informed that the Masters actually know very little about reincarnation and that they are totally ignorant as to how it works. From what They have written, however, we can see that the real Masters behind real Theosophy do not claim to “know little” or to “know as yet nothing” about it but just the opposite.

#8. The majority of the Bailey books are claimed to have been dictated telepathically to Alice Bailey by the “Master Djwhal Khul” or D.K., “The Tibetan,” an Initiate of the Trans-Himalayan Brotherhood and disciple of the Master Koot Hoomi. Bailey says he passed what she calls the 5th Initiation in 1875, the year the Theosophical Society was founded, and thereupon became a full Master and Adept. She claims that it was he who inspired and dictated “The Secret Doctrine” to H.P. Blavatsky. However, D.K. was only a chela (disciple) “of the first degree” according to both HPB and the Master K.H.’s Indian chela Damodar K. Mavalankar and thus not a Master. He did not even take his very first initiation until the 1880s and did not dictate any books or writings of HPB or anyone else. It was repeatedly stated in writing by the Master K.H. and the Master M. that they were the authors of “The Secret Doctrine” with HPB and that it was the “triple production” of the three of them. (See Who wrote “The Secret Doctrine”?) The idea of D.K. being a full Master since 1875 was first invented by Leadbeater and, not surprisingly, copied by Bailey.

#9. The Masters and the Founders of the Theosophical Movement made it clear that no further teachings or public communications from the Masters would or could be given out after the closing of the 1875-1900 cycle, not until the 1975-2000 cycle, which in itself was provisional and would be determined by how well and effectively Theosophists in the meantime would spread and promulgate the vast mass of teaching and knowledge already given. (See The Closing Cycle) The Masters of the Trans-Himalayan Brotherhood also made it clear that their profoundly nontheistic and pro-Buddhistic Eastern doctrine “knows no compromises” and that “Truth is One and cannot admit of diametrically opposite views.” Both these facts immediately and automatically invalidate the Bailey teachings which were given between 1919-1949, regardless of what source they claim to come from.

#10. Whereas H.P. Blavatsky’s major books contain literally thousands of supporting references and quotations from the realms of religion, philosophy, classical literature, ancient and modern history, and science, in order to show the timelessness, reliability, and universality of her teachings, the books of Alice Bailey contain nothing of the sort. They are content to simply present their manifold claims and statements on what have been described as “lines of pure assertion with implied authority in the background” and usually without the slightest philosophical basis whatsoever. As indicated in her footnotes, most of the few supporting references ever used by Bailey are from books by Leadbeater and Besant.

#11. What Bailey really thought of Blavatsky is apparent from the way in which the latter is subtly and not so subtly depreciated, minimised, belittled, and “corrected,” both in the Bailey books and in other statements, articles, lecture transcripts, and interviews. The versions of HPB’s books used and referred to by Bailey are not the original editions but the “revised” and “improved” editions published by Annie Besant, which were so full of deliberate alterations, deletions, and distortions, that even the Adyar Theosophical Society which once published them has long since allowed them to go out of print. On many occasions when HPB is quoted by Bailey, she is misquoted, with Bailey removing and adding words and terms so as to sometimes change even the whole meaning, but without informing the reader.

#12. In Bailey’s “The Reappearance of the Christ,” it is asserted that the separation between religion and politics must end and that the world of politics and government should be ruled over by religion once again, this time in the form of the Christocentric “New World Religion” described in the Bailey books.

#13. Bailey’s “A Treatise on Cosmic Fire” states that the so-called “Master Jesus” (who is a different being from Christ, in those teachings) is planning to travel to Rome in order to become the new Pope and usher in a glorious new era for the Roman Catholic Church.

#14. In Bailey’s “The Externalisation of the Hierarchy,” we are informed that the explosion of the atomic bomb at Hiroshima was a wonderful day for humanity and that the new atomic presence in the atmosphere will help to quicken the dawning of the New Age. In fact, it was “the greatest spiritual event which has taken place since the fourth kingdom of nature, the human kingdom, appeared,” and “The atomic bomb emerged from a first ray Ashram, working in conjunction with a fifth ray group; from the long range point of view, its intent was and is purely beneficent.” And the Second World War, “with all its unspeakable horrors, its cruelties, and its cataclysmic disasters – was but the broom of the Father of all, sweeping away obstructions in the path of His returning Son.”

It would not be unreasonable to suggest that the Alice Bailey books have a hidden threefold agenda, one which becomes quite apparent after a while, especially if one starts to read and study the original teachings of Theosophy:

(1) To relentlessly promote Christianity, Christ, and the Second Coming of a personal bodily “Lord Christ” who is supposedly “the Master of all the Masters”; (2) To depreciate, belittle, and obscure H.P. Blavatsky, the actual Masters and actual teachings of Theosophy, and misrepresent what Theosophy and the Theosophical Movement is all about; (3) To trap unsuspecting students of Theosophy and other spiritually interested people in a maze and imposing mass of seemingly highly complex and deeply esoteric teachings, charts, diagrams, lists, etc. which actually mean and say next to nothing, if anything at all, thus hindering the usefulness and potentialities of people who could be of great service to the Cause of genuine Theosophy and, through that, to humanity.

The Alice Bailey Movement – whether in the form of its official organisations such as the Lucis Trust, the Arcane School, World Goodwill and its affiliated groups, or related offshoots and groups such as the Morya Federation – is nothing but deliberate Christian propaganda, carried out in a most Jesuitical way. Many of the most devoted supporters and defenders of the Movement may not realise this and will certainly not admit it but this does not alter obvious facts.

(Uncovering the real inspiration behind the Alice Bailey Books)