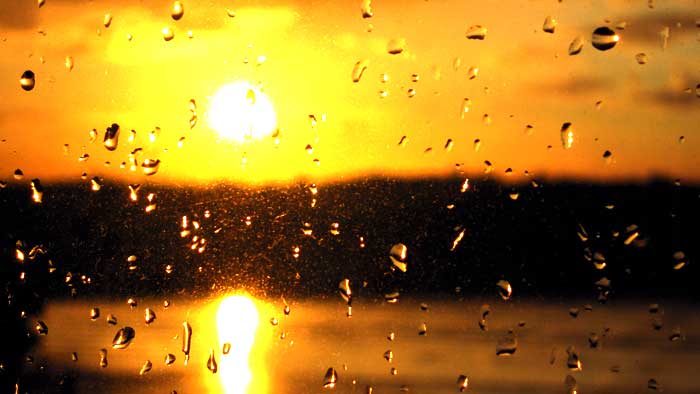 This article, titled “Karma,” was written by Julia Campbell Verplanck (later Julia Keightley) and published by William Q. Judge in the April 1891 issue of the American Theosophical magazine “The Path.” Most of Julia’s writings were under the male pseudonym of Jasper Niemand and it was under this name that she published her correspondence received from Mr Judge as the well known book “Letters That Have Helped Me.”

The Law of Karma, or Action, is one of the chief teachings of oriental philosophy. It is stated to be a universal Law, having its root or basis in the outbreathing (action) and inbreathing (re-action) of the Brahm, the Great Breath or Unseen Mover, from whose motion in matter (substance) all things are evolved.

There is one thing which we may predicate of Action; that is, Re-action. This fact indicates the method of Karma. Karmic Law manifests on or in various planes of life, and differs with that plane wherein it acts. Newton expressed one mode of Karma upon the physical plane when he formulated the first law of Motion; viz., “Action and Reaction are equal and opposite in direction.” Physiologists and psychologists tell us that this rule holds good in Emotion, and in nervous action and reaction also. The Western bible expresses Karma for the moral plane when it says: “Be not deceived; God is not mocked. What ye have sown, that shall ye reap.” This ethical causation, this moral reaction, this conservation and intercorrelation of mental, moral, and psychic energy, is also Karma.

We can imagine that, when a man does a selfish deed or thinks a selfish thought, it goes forth into the swift and subtle aetheric world as a specific vibration, colored, so to say, with his mental and moral coloring, bearing his stamp, as it were, in that vibratory ratio which is his own. We can fancy it issuing, a tireless energy, into that aether which powerfully responds to the tremor of a thought, and thus affecting, modern Science tells us, the far stars with its dynamic palpitation. On the confines of a system this energy must return, and it does thus react, naturally along the line of least resistance, to the sphere or base from which it emerged and which powerfully attracts it, bringing with it all that it has gathered to itself in the course of that long journey, and taking effect in manifold ways upon the doer, the creator, to whom it has returned.

Nor is this return always made in the same brief human life. Hence we have re-incarnation as the companion or extension of Karma. The soul is drawn back to earth life again and again by the return or re-awakening of its dormant energies, self-engendered and responsive to material planes of being. The one Substance, Akasha, Mulaprakriti, AEther – call it as you will – that from which all things are evolved, is, by virtue of its atomic constitution and magnetic laws, the great Agent of Karma. Through it, all things and beings, in it immersed and by it saturated, become the minor instruments of the law. Karma is, in fact, Action and Reaction, as we have said. All that is, has been, or will be done, occurs by virtue of this Law of Cause and Effect; all Action is the result of previous Action. Its justice is perfect, its equilibrium unshaken. It provides that all things shall return to their source. Amid myriad tangential causes its delicate adjustments and readjustments are unerring, because every action has its due balance and effect.

Imagine the reverse of the case above stated, and conceive an unselfish man, acting only from a sense of duty, and in accord with the progressive tendency of evolutionary Law. As by its light he sees that mankind are one and inseparable, his acts will have no personal coloring. They create no specific self-condensed and contrary currents or discords in the aetheric medium, but pass out into the harmonious ocean of life about us, in waves as universal as its own. Bearing no personal impress, they have no cause to return to his sphere, which then pulsates with the surrounding harmony and broadens into the eternal.

Some persons say that Karma is “cruel,” because it “punishes those who do evil without knowing of this Karmic Law.” But Karma does not punish. That is incorrect and slovenly speech. How can Action punish? Action reacts; that is all. A selfish action cannot react as a good one, any more than an apple seed can bring forth a fig tree. We must expect to receive back our action in kind. When the unconscious child puts its hand into the fire, we do not say fire is cruel because it burns the child. We recognize here the action of a Law of the physical plane. We respect it as such. But Karma is equally a Law of many planes, and cannot be bribed or bought off any more than fire can be so dissuaded. The burnt adult suffers more than the child, for his imagination enters into the matter. So he who knowingly does a selfish deed, defying Karma, suffers, in its reaction, upon moral and mental planes; whereas he who has done evil in ignorance of Karma, probably has only the lower forms of reaction to bear.

All action is Karma and causes new Karma. Deeds of men and of nations; social conditions; mental limitations, joy, sorrow, life, death, health, disease, rapture and pain; all are the effects of previous action, whether of individual men, of nations, or of races. We bear our part in national Karma, and suffer, as units of that nation, for deeds not committed by our individual selves. But Karma – our past actions – brought us into that place and nation, and to such consequences, while also in Devachan there is compensation for the individual for such trials as he has not merited in his single individual capacity.

We hear talk of “interfering with Karma,” but this is absurd, impossible. If to one is awarded penance or suffering, to another it may be given to relieve that suffering. It may be your Karma to be menaced by dire consequences, and mine to avert those consequences. Suffering, too, is one means of the soul’s expansion and advance, so that it may be “good” Karma, while a place amid earthly ease and immunity from sorrow is often contractive and disastrous to the soul. More disastrous still is that repression of sympathy and help when chilled by the reasoning faculties, which forbid us to “suffer with all that lives.” We cannot swerve Karmic Law. It may be retarded, but returns with compound interest.

The Law is divine. We do not make it. We only set in motion causes which this pre-existent Law of Action and Reaction returns to us as effects. We engender these causes, and, in regard to them, we exercise free will, at least until the innumerable causes, reacting, stultify that will.

In action alone is the registration of all deeds and thoughts; their impress upon the One Substance constitutes the true book of Judgment. Thus Karma is the only rightful Judge. It alone can fitly punish and reward, for in it alone is full discernment. As true Love consists in perfect Justice, impartial to all alike, so is this Law one of universal Love. It alone impels the soul, through experience of the misery of Self, to expansion into the Selfless and the Universal.

Yet there is one escape from Karma. That is, by Becoming it. Duty done for its own sake, regardless of results (for Duty alone is ours; the consequences are in the Great Brahm), acting or refraining from action because it is right to do so, we do thus, by our inward devotion, become one with that Law obeyed by us. No longer its unconscious instruments, we are its conscious agents, parts of itself, hearers and doers of its first great injunction.

SOME RELATED ARTICLES: A Right Understanding of Karma, Questions about Karma, A Right Understanding of Reincarnation, Death and the Afterlife, The Sevenfold Nature of Man, The Skandhas, Is Karma Merciful and Compassionate?, Blavatsky on Karma, Aphorisms on Karma, Heredity – A Karmic Effect, Can there be Unmerited Suffering?, 12 Things Theosophy Teaches, The Welcome Influence of William Q. Judge, The Psychic is not the Spiritual, and Theosophy – An Explanation and Overview.