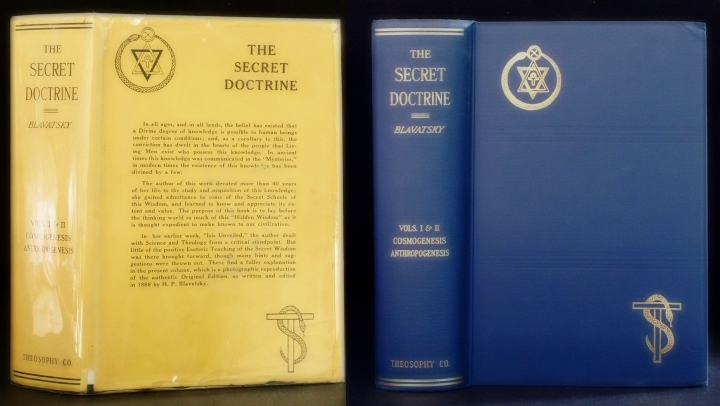 “Speaking to those who know and believe that HPB was all the time in communication with the Masters in their retreats somewhere on the globe, I can say that a serious series of consultations was held among them as to what should go into “The Secret Doctrine,” and that it was plainly said that the book was to be done in such a manner as to compel the earnest student to dig out many profound truths which in a modern book would be announced specifically, and included in the regular course. It was also said, from the same source, that this age, being a transition one in all respects, that full revelations were not for this generation. But enough was to be given out in the manner described, and plainly, to make it substantially a revelation. All students, then, who are in earnest will do well not to pass carelessly over the pages of any part of the book.”

— from About The Secret Doctrine by William Quan Judge