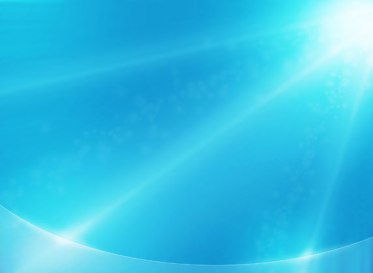 Sometimes people wonder why Theosophy so insistently asserts that miracles do not exist and that there is no such thing as the supernatural.

For a start, it is well known that H.P. Blavatsky – the Founder of the Theosophical Movement – performed many unusual, mysterious, and amazing feats and also that many letters and messages were received by Theosophists and others during HPB’s day from her Eastern Adept Teachers (often referred to as the Masters) in ways that would certainly seem miraculous or supernatural.

How then can Theosophists deny the miraculous and supernatural?

“There is no miracle. Everything that happens is the result of law – eternal, immutable, ever active. Apparent miracle is but the operation of forces antagonistic to what Dr W.B. Carpenter, F.R.S. – a man of great learning but little knowledge – calls “the well-ascertained laws of nature.” Like many of his class, Dr Carpenter ignores the fact that there may be laws once “known,” now unknown to science.”

The Indian Theosophist and disciple of the Master K.H., Damodar K. Mavalankar, once wrote the following, by means of further explanation:

“Certainly, the students [of Theosophy and Occultism] are taught by its proficients to believe there is no such thing as a “miracle.” That the idea of something taking place outside of the Laws of Nature is absurd; and, therefore, we reject it most emphatically. To us, however apparently miraculous a thing may appear, yet, we are sure that it always happens in obedience to the impulse of forces of Nature, not of any supernatural cause. This is the position assumed by the occultist. Therefore, he has never said that the miraculous phenomena attributed to the world’s sages were not genuine; but only that they were not “miracles,” in the sense of the supernatural, and were performed through their knowledge of the operations of the hidden or occult forces of Nature. Anyone can produce them; anyone – who is possessed with the purity of Buddha, undergoes the same training and obtains the same knowledge, – may become a Boddhisatwa. Gautama “Buddha” never claimed, to the knowledge of men, any divine inspiration – that is, any influence external to himself, since he rejected the very idea of the existence of God.”

The Master K.H. himself once wrote, “Our chiefs have determined to shed upon a few recipient minds more light upon the subject, and to prove to them that such manifestations are as reducible to law as the simplest phenomena of the physical universe. The wiseacres say: “The age of miracles is past,” but we answer, “it never existed!”

So, when a Theosophist hears of things which are widely considered to be miraculous or supernatural – such as the dramatic healing of a seriously ill person in response to the laying on of hands or the seemingly inexplicable avoidance of impending disaster of some sort or another, to give just a couple of examples – he knows that these occurrences are simply the outworking and result of certain Laws of Nature which are unknown to the vast majority of people (often even to those who were instrumental in bringing about the so-called miracle) and known only to the few.

This doesn’t render such events any less wonderful or worthy of celebration or recognition. It merely eliminates the elements of ignorance, blind faith, sensationalism, and hysterical supernaturalism. How can there be anything outside of Nature when Nature, in philosophical terminology, is but another name for the Universe? The Laws of Nature are the Laws of the Universe and the person who believes that all the Laws of Nature are already known to, and understood by, modern man, is severely mistaken. As Hamlet says to Horatio, “There are more things in heaven and earth, Horatio, than are even dreamed of in your philosophy.”

Belief in the super-natural means belief that the Universe is not governed by Law but that it is either governed or susceptible to influence by a separate or external Power or Being. Since Theosophy teaches non-duality, universal oneness, and the divinity of all life, it maintains that the entire Universe is pervaded and infused by the ONE Infinite Divine Life and that there is nothing separate from or outside of ourselves. All is one because the One is ALL.

“Our own views are well-known – we do not believe a “miracle” ever did occur or ever will; we do believe that strange phenomena, falsely styled miraculous, always did occur, are occurring now, and will to the end of time; that these are natural; and that when this fact filters into the consciousness of materialistic skeptics, science will go at leaps and bounds towards that ultimate Truth she has so long been groping after.” (H.P. Blavatsky, “Nature’s Human Magnets”)

Theosophy maintains that there is nothing supernatural but that there are many things which could be described as supernormal. They are beyond the understanding, capabilities, and regular experience of normal people but they are not beyond or outside of Nature.

You may also like the article 12 Things Theosophy Teaches.

“Our duty is to keep alive in man his spiritual intuitions. To oppose and counteract – after due investigation and proof of its irrational nature – bigotry in every form, religious, scientific, or social, and cant above all, whether as religious sectarianism or as belief in miracles or anything supernatural. What we have to do is to seek to obtain knowledge of all the laws of nature, and to diffuse it. To encourage the study of those laws least understood by modern people, the so-called Occult Sciences, based on the true knowledge of nature, instead of, as at present, on superstitious beliefs based on blind faith and authority.”