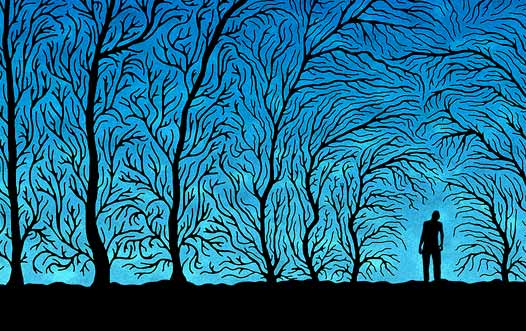 Theosophy states that Karma and Reincarnation are the two most vitally important spiritual truths and concepts for humanity to accurately understand.

In recent decades, meticulous scientific and analytical research, such as that of Dr Ian Stevenson, has proven reincarnation to be a fact. The thoroughly documented findings and conclusions of such respected professionals as Stevenson, backed up as they are with masses of unquestionable evidence, can of course not be explained by materialistic science but nor can they be explained away. They all point to one and only possible explanation and conclusion, namely that the Wisdom of the Ages has always been correct in asserting that reincarnation not only can happen but that it does happen, as a matter of course.

Unfortunately, although over half of the world’s population believes in reincarnation today, it still has something of a bad name and image in the minds of many and this is largely due to believers in reincarnation themselves, particularly those who are prone to adopting a fantastical, delusional, and self-centred approach and attitude about such matters. It is hoped that the seven points outlined in this article may help to correct that and to contribute to the furtherance of true and sane spiritual progress.

#1. Do not claim that you know the specific identity, location, activities, nature, and time period of any of your previous lifetimes unless you can prove it. If you cannot prove and demonstrate such details it does not necessarily mean that you are mistaken but you have no moral or ethical right to claim and insist upon something for which all the “evidence” still remains entirely subjective and possibly even entirely imaginary.

#2. Ask yourself what your actual motive is for wanting to tell others who you were – or who you think you were – in past lives. Will anyone other than yourself be benefited? Or is it merely a subtle attempt born out of an inferiority complex to make yourself seem more special and important in the sight of others?

#3. Be aware that the results of “past life regression therapy” are almost always a waste of time. Such techniques and procedures tend to give rise to little more than subconscious fantasies and delusions and to people picking up details from the collective unconscious or the “astral light” and mistakenly applying them to themselves when they could actually be the images and records of someone else’s past life. The amount of people around the world all “discovering” through regression that they were one and the same particular famous person from history (Napoleon, Alexander the Great, Cleopatra, George Washington, Elvis Presley, and Marilyn Monroe tend to be firm favourites!) is phenomenal. Serious reincarnation researchers almost entirely disregard the results of regression techniques and find that they are almost always unprovable, unlike spontaneously occurring recollections of past lives. A striking exception to this general rule is shown in the video below.

#4. Remember that it is not essential for you to know who you were or what you did in your previous lifetimes. You may feel desperate or curious at the present moment to know all the details but are you sure you would still want to know all the facts and details if there were things of a disturbing, upsetting, violent, or traumatic nature amongst them? There are probably already certain clues and indications in this present life to give you at least some idea of your past, such as your overriding interests, the type of things you are predominantly attracted and drawn towards, and some of your inherent psychological traits and characteristics.

#5. Stop and realise how ridiculous it is for you to claim or imagine that you can remember your past lives from the days of Atlantis and Lemuria – past archaic epochs going back hundreds of thousands and even millions of years – when you cannot even remember everything you’ve done this week! Imagination and fantasy must be properly controlled and mastered by those who are aspirants to the spiritual life.

#6. Keep in mind that none of the great Masters, Sages, Avatars, and Spiritual Teachers have ever revealed or discussed who they were in their previous lifetimes. The teaching of reincarnation was introduced (or rather reintroduced) to the West through H.P. Blavatsky and the Theosophical Movement which she founded at the end of the 19th century. But despite such a strong emphasis and teaching on reincarnation, neither Madame Blavatsky nor the Eastern Masters who were behind the Movement ever consented to give out any details of their own or other people’s past lives. They remained completely silent on such matters and stressed that one’s record of incarnations is a sacred and private affair.

#7. Do your best to properly learn and clearly comprehend the philosophy of reincarnation before attempting to discuss it with others. People can tell whether you are uncertain, vague, or confused in your reasoning and knowledge of the matter and similarly whether you are merely memorising and repeating verbatim what you have read in books. If someone asks you why we reincarnate, how we reincarnate, when we reincarnate, what part of us reincarnates, and what happens to us inbetween lifetimes – will you be able to answer them? The original teachings of Theosophy (i.e. those found in the writings of H.P. Blavatsky and William Q. Judge) present the clearest, deepest, fullest, most logical, and most philosophically self-consistent explanation and doctrine of reincarnation available to modern man. The Theosophical teachings on life, death, and rebirth are also amazingly validated and supported by contemporary reincarnation research and studies of Near Death Experiences.

If you liked this article, you may also wish to read
A Right Understanding of Reincarnation, Death and the Afterlife, A Right Understanding of Karma, 12 Things Theosophy Teaches, The Skandhas, There is No Injustice, The Sevenfold Nature of Man, The Difference between Soul and Spirit, What happens to people who commit Suicide?, The Ignorance and Conceit of Modern Science, The Psychic is not the Spiritual and The Danger and Deception of Channelling.