“There are many distinct classes of “Elementaries” and “Elementals.” The highest 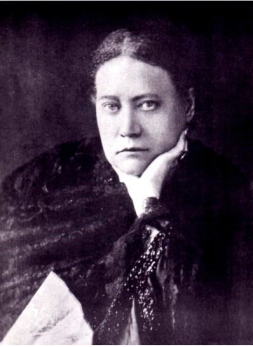 of the former in intelligence and cunning are the so-called “terrestrial spirits.” Of these it must suffice to say, for the present, that they are the Larvae or shadows of those who have lived on earth, alike of the good and of the bad. They are the lower principles of all disembodied beings, and may be divided into three general groups. The first are they, who, having refused all spiritual light, have died deeply immersed in the mire of matter, and from whose sinful Souls the immortal Spirit has gradually separated itself. These are, properly, the disembodied Souls of the depraved; these Souls having at some time prior to death separated themselves from their divine Spirits, and so lost their chance of immortality. Eliphas Levi and some other Kabalists make little, if any, distinction between Elementary Spirits who have been men, and those beings which people the elements, and are the blind forces of nature. Once divorced from their bodies, these Souls (also called “astral bodies”), especially those of purely materialistic persons, are irresistibly attracted to the earth, where they live a temporary and finite life amid elements congenial to their gross natures. From having never, during their natural lives, cultivated their spirituality, but subordinated it to the material and gross, they are now unfitted for the lofty career of the pure, disembodied being, for whom the atmosphere of earth is stifling and mephitic. Its attractions are not only away from earth, but it cannot, even if it would, owing to its Devachanic condition, have aught to do with earth and its denizens consciously. Exceptions to this rule will be pointed out later on. After a more or less prolonged period of time these material souls will begin to disintegrate, and finally, like a column of mist, be dissolved, atom by atom, in the surrounding elements.

“These are the “shells” which remain the longest period in the Kama Loka; all saturated with terrestrial effluvia, their Kama Rupa (body of desire) thick with sensuality and made impenetrable to the spiritualizing influence of their higher principles, endures longer and fades out with difficulty. We are taught that these remain for centuries sometimes, before the final disintegration into their respective elements.

“The second group includes all those, who, having had their common share of spirituality, have yet been more or less attached to things earthly and terrestrial life, having their aspirations and affections more centred on earth than in heaven; the stay in Kama Loka of the reliquae of this class or group of men, who belonged to the average human being, is of a far shorter duration, yet long in itself and proportionate to the intensity of their desire for life.

“Remains, as a third class, the disembodied souls of those whose bodies have perished by violence, and these are men in all save the physical body, till their life-span is complete.”