At the start of the article Matter is Eternal we stated: 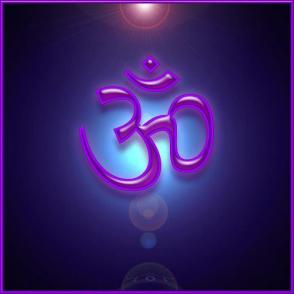 This is all potentially confusing and very abstruse, which is why we have to endeavour to seize and comprehend the underlying ideas, principles, and truths, of which this verbiage is but the outer and unavoidably crude material clothing on this physical plane. Although we have to start off on the plane of words, we have to go beyond to the plane of abstract conception and perception or, in other words, metaphysical thinking.

If we decline to make any effort in this regard, claiming that it’s too difficult or too complicated or even declaring it to be unnecessary, we can never expect to awaken our Higher Manasic faculties and will always be stunted in our inner evolution. We must of course develop the “heart” but in so doing we must beware not to leave the “head” underdeveloped. The two should be in perfectly equal harmony, balance, and unison. This is the case with every true Adept and Master of Wisdom.

H.P. Blavatsky and her Adept Teachers of the Trans-Himalayan Brotherhood refer numerous times to Space, Motion, Duration, and Matter, in their absolute sense, and so we have compiled together some of their words on this subject. It seems to be a central and very important teaching in their Esoteric Doctrine and thus deserves more attention, consideration, and promulgation, from Theosophical students, than it has thus far received.

“The word “God” was invented to designate the unknown cause of those effects which man has either admired or dreaded without understanding them, and since we claim and that we are able to prove what we claim – i.e. the knowledge of that cause and causes we are in a position to maintain there is no God or Gods behind them.

“The idea of God is not an innate but an acquired notion, and we have but one thing in common with theologies – we reveal the infinite. But while we assign to all the phenomena that proceed from the infinite and limitless space, duration and motion, material, natural, sensible and known (to us at least) cause, the theists assign them spiritual, super-natural and unintelligible and un-known causes. The God of the Theologians is simply an imaginary power, un loup garou as d’Holbach expressed it – a power which has never yet manifested itself. Our chief aim is to deliver humanity of this nightmare, to teach man virtue for its own sake, and to walk in life relying on himself instead of leaning on a theological crutch, that for countless ages was the direct cause of nearly all human misery. Pantheistic we may be called – agnostic NEVER.”

“The existence of matter then is a fact; the existence of motion is another fact, their self existence and eternity or indestructibility is a third fact. And the idea of pure spirit as a Being or an Existence – give it whatever name you will – is a chimera, a gigantic absurdity.”

– Extracts from Letters by the Master K.H.

“(5) What is the one eternal thing in the universe independent of every other thing?

“(6) What things are co-existent with space?

“(iii) Motion, for this is the imperishable life (conscious or unconscious as the case may be) of matter, even during the pralaya, or night of mind.

“When Chyang or omniscience, and Chyang-mi-shi-khon – ignorance, both sleep, this latent unconscious life still maintains the matter it animates in sleepless unceasing motion.” …

“In short, motion, cosmic matter, duration, space, are everywhere and for perspicuity’s sake, let us place or fancy this multiplicity in or at the top of a circle (“boundless”). They are passive, negative, unconscious, yet ever propelled by their inherent latent life or force.”

“The One Eternal Element, or element-containing Vehicle, is Space, dimensionless in every sense; co-existent with which are – endless duration, primordial (hence indestructible) matter, and motion – absolute “perpetual motion” which is the “breath” of the “One” Element. This breath, as seen, can never cease, not even during the Pralayic eternities.”

“The appearance and disappearance of the Universe are pictured as an outbreathing and inbreathing of “the Great Breath,” which is eternal, and which, being Motion, is one of the three aspects of the Absolute – Abstract Space and Duration being the other two.”

“It is the ONE LIFE, eternal, invisible, yet Omnipresent, without beginning or end, yet periodical in its regular manifestations, between which periods reigns the dark mystery of non-Being; unconscious, yet absolute Consciousness; unrealisable, yet the one self-existing reality; truly, “a chaos to the sense, a Kosmos to the reason.” Its one absolute attribute, which is ITSELF, eternal, ceaseless, Motion, is called in esoteric parlance the “Great Breath,” which is the perpetual motion of the universe, in the sense of limitless, ever-present SPACE. That which is motionless cannot be Divine. But then there is nothing in fact and reality absolutely motionless within the universal soul.”

“To render these ideas clearer to the general reader, let him set out with the postulate that there is one absolute Reality which antecedes all manifested, conditioned, being. This Infinite and Eternal Cause – dimly formulated in the “Unconscious” and “Unknowable” of current European philosophy – is the rootless root of “all that was, is, or ever shall be.” It is of course devoid of all attributes and is essentially without any relation to manifested, finite Being. It is “Be-ness” rather than Being (in Sanskrit, Sat), and is beyond all thought or speculation.

“This “Be-ness” is symbolised in the Secret Doctrine under two aspects. On the one hand, absolute abstract Space, representing bare subjectivity, the one thing which no human mind can either exclude from any conception, or conceive of by itself. On the other, absolute Abstract Motion representing Unconditioned Consciousness. Even our Western thinkers have shown that Consciousness is inconceivable to us apart from change, and motion best symbolises change, its essential characteristic. This latter aspect of the one Reality, is also symbolised by the term “The Great Breath,” a symbol sufficiently graphic to need no further elucidation. Thus, then, the first fundamental axiom of the Secret Doctrine is this metaphysical ONE ABSOLUTE – BE-NESS – symbolised by finite intelligence as the theological Trinity.”

“Infinity cannot comprehend Finiteness. The Boundless can have no relation to the bounded and the conditioned. In the occult teachings, the Unknown and the Unknowable MOVER, or the Self-Existing, is the absolute divine Essence. And thus being Absolute Consciousness, and Absolute Motion – to the limited senses of those who describe this indescribable – it is unconsciousness and immoveableness. Concrete consciousness cannot be predicated of abstract Consciousness, any more than the quality wet can be predicated of water – wetness being its own attribute and the cause of the wet quality in other things. Consciousness implies limitations and qualifications; something to be conscious of, and someone to be conscious of it. But Absolute Consciousness contains the cognizer, the thing cognized and the cognition, all three in itself and all three one. No man is conscious of more than that portion of his knowledge that happens to have been recalled to his mind at any particular time, yet such is the poverty of language that we have no term to distinguish the knowledge not actively thought of, from knowledge we are unable to recall to memory. To forget is synonymous with not to remember. How much greater must be the difficulty of finding terms to describe, and to distinguish between, abstract metaphysical facts or differences. It must not be forgotten, also, that we give names to things according to the appearances they assume for ourselves. We call absolute consciousness “unconsciousness,” because it seems to us that it must necessarily be so, just as we call the Absolute, “Darkness,” because to our finite understanding it appears quite impenetrable, yet we recognize fully that our perception of such things does not do them justice. We involuntarily distinguish in our minds, for instance, between unconscious absolute consciousness, and unconsciousness, by secretly endowing the former with some indefinite quality that corresponds, on a higher plane than our thoughts can reach, with what we know as consciousness in ourselves. But this is not any kind of consciousness that we can manage to distinguish from what appears to us as unconsciousness.”

SOME RELATED ARTICLES: Matter is Eternal, Akasha and the Akashic Records, An Invitation to The Secret Doctrine, Who wrote The Secret Doctrine?, How to successfully study the Teachings of H.P. Blavatsky, The Impersonal Divine, 12 Things Theosophy Teaches, Darkness and Light, Understanding the Logos, The Three Logoi, Alaya – The Universal Soul, Theosophy – An Explanation and Overview, The Masters and Madame Blavatsky, The Closing Cycle, Blavatsky defeats an Atheist, The Devotional Books, The Two Paths, Original Theosophy and Later Versions, The Theosophical Movement after H.P. Blavatsky, What is a Chohan?, Words from The Masters about H.P. Blavatsky, and Photos and Pictures of The Masters of Wisdom.

YOU MAY ALSO LIKE TO SEE BOOKS ON THEOSOPHY.