FROM H. P. BLAVATSKY’S
“NOTES ON THE GOSPEL ACCORDING TO JOHN” 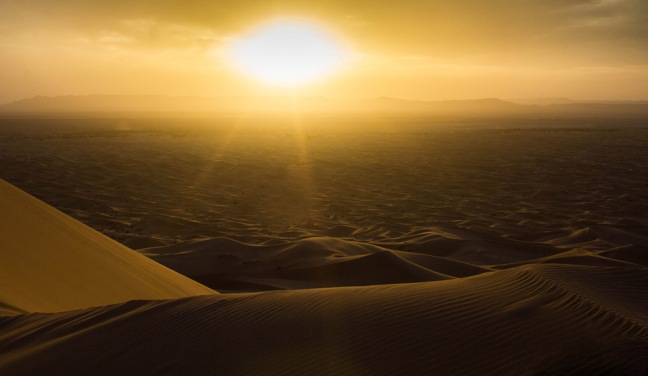 The first eleven verses in the second chapter contain the allegorical representation of the last and final Initiation; herein we find mention of all the divine and human “principles” veiled in allegorical language, and personified, and of the purification wrought in them by Initiation; the incident ends abruptly and mysteriously, so much so, that we have reason to suspect that more was originally added. A very superficial knowledge of the laws of esoteric allegory shows it to be so.

The main point of the allegory is the turning of “Water” (the Astral) into “Wine,” or Matter into Spirit.

1. And the third day there was a marriage in Cana of Galilee; and the mother of Jesus was there.

In all the Mysteries, after the four days of trial or temptation, came the three days of descent into Hades, or the tomb, from which the Glorified Candidate, or Initiate, arose.

“On the third day,” therefore, means that the time for the final Initiation had come, when Jesus, or the Neophyte, would become Christ, or the Initiate; that is, at one with Buddhi or the Christ-principle. (N.B. – In diagrams where the principles are symbolically represented by a triangle superimposed on a square, it should be remarked that after the “second birth” the “principles” have to be re-arranged.)

(With reference to the 4 days mentioned above, it is interesting to note that Jesus is said to have been tempted for 40 days. Here the nought is a “blind,” for in mystery-numbers ciphers can be disregarded and changed according to the rules of the method employed.)

“There was a marriage in Cana” – that is to say, that the Disciple was joined to his Higher Self, the marriage of the Adept with Sophia, Divine Wisdom, or the Marriage of the Lamb, in Cana.

Now Cana or Khana is from a root which conveys the idea of a place consecrated or set apart for a certain purpose. Khanak is the “royal abode,” or “the place of the ruler,” with the Arabs. Cf. Devakhan, the place consecrated to the Devas, i.e., a state of such bliss as Devas or Angels are supposed to enjoy.

“And the Mother of Jesus was there,” this means that the Candidate was there in Body, or at least the lower “principles” were present; for from this aspect the “Mother of Jesus” is especially the Kama-rupic “principle,” that is to say, the vehicle of material human desires, the giver of life, etc. This must not be confounded with the higher aspect, Buddhi the “Mother of Christ,” the so-called Spiritual Soul. The distinction is the same as that between Sophia-the-Divine, and Sophia-Akhamoth, the Terrestro-Astral.

2. And both Jesus was called, and his disciples, to the marriage.

That is to say, the Higher Manas or Ego (not Self) which was now dominant in the Candidate, and his disciples or lower principles were present as necessary to the purification of the whole Man. (The 12 “disciples” are the 3 aspects of the 4 lower principles.)

3. And when they wanted wine the mother of Jesus saith unto him, They have no wine.

The mother of Jesus here signifies his now purified desire aspiring upwards. The verse means that the human material passions of the lower self, the guests at the festival, must be made drunk or paralyzed, before the “bridegroom” can be married. It is the lower Manas (Sophia-Akhamoth), that says to Jesus, “They have no wine,” that is to say, the lower “principles” are not yet spiritualized, and therefore not ready to participate in the feast.

4. Jesus saith unto her, Woman, what have I to do with thee? mine hour is not yet come.

Woman (Matter or Water, the lower quaternary), what hath the Spirit-Ego to do with thee at this hour? There is no unity as yet between me and thee, my hour of Initiation is not yet come, I have not yet made myself one with Buddhi, my Supernal Mother, when I shall be able to associate with thee without any danger.

5. His mother saith unto the servants, Whatsoever he saith unto you, do it.

The servants are the lower “principles,” their thoughts, instincts and passions, the Lhamayin, or elementals and evil spirits, adverse to men and their enemies. (Cf. The Voice of the Silence, note 17 to Part III.)

6. And there were set there six waterpots of stone after the manner of the purifying of the Jews, containing two or three firkins apiece.

The six waterpots typify the six principles, the seven without Atma, the seventh or universal principle – six from the earthly standpoint including the body. These are the containing principles from Akasha to the Astral; also the four lower principles (the others being latent) filled with Astral Water. The Lower Manas sports in the Astral waves.

7. Jesus saith unto them, Fill the waterpots with water. And they filled them up to the brim.

In the Lesser Mysteries all the powers of the four lower planes were brought to bear on the Candidate to test him.

The six waterpots were filled with Water – the symbol of Matter – that is to say, that during the Neophyte’s trials and temptations before Initiation, his human passions being made full to the brim, he had to conquer them or fail. Jesus, the Higher Manas, in changing that Water into Wine, or Divine Spirit, conquers and is thus filled with the Wisdom of the Gods. (See ch. xv, “I am the true vine,” etc.) Lustral water was given to the Neophyte to drink and turned into Wine at the last moment; in India it was turned into the Soma juice, the Water of Life Eternal.

8. And he saith unto them, Draw out now, and bear unto the governor of the feast. And they bare it.

The “governor of the feast” was the chief official who had the direction of the feast and servants and the duty of tasting the food and drink. Here it typifies the conclave of Initiates who do not know whether the Candidate will succeed or fail, and who have to test him. This explains the sentence in the next verse, “he knew not whence it came,” that is, did not know until the Candidate had been fully tested.

9. When the ruler of the feast had tasted the water that was made wine, and knew not whence it was: (but the servants which drew the water knew;) the governor of the feast called the bridegroom.

The “bridegroom” is, of course, the Candidate, who is to be married to his Higher or Divine Self, and so become a Son of God.

It is curious and interesting to remark in the ancient cosmogonies, especially in the Egyptian and the Indian, how perplexing and intricate are the relationships of the Gods and Goddesses. The same Goddess is mother, sister, daughter and wife to a God. This most puzzling allegory is no freak of the imagination, but an effort to explain in allegorical language the relation of the “principles,” or, rather, the various aspects of the one “principle.” Thus we may say that Buddhi (the vehicle of Atma) is its wife, and the mother, daughter, and sister of the Higher Manas, or rather Manas in its connection with Buddhi, which is for convenience called the Higher Manas. Without Buddhi, Manas would be no better than animal instinct, therefore she is its mother; and she is its daughter, child or progeny, because without the conception which is only possible through Manas, Buddhi, the Spiritual Power, or Shakti, would be inconceivable and unknowable.

10. And saith unto him, Every man at the beginning doth set forth good wine; and when men have well drunk, then that which is worse; but thou hast kept the good wine until now.

“At the beginning” means when the Manasa-putra first incarnated.

Every candidate as he progresses needs less and less good Wine, or Spirit, for he becomes that Spirit himself as his powers and knowledge increase the new-won strength. At the entrance of the Path “good wine,” or the spiritual impetus, is given, but as the disciple mounts the ladder such help is no longer needed, for he tends ever more and more to become All-Spirit.

HPB’s “Notes on The Gospel according to John” are from teachings she gave at the Blavatsky Lodge in London, England, in October 1889. They were subsequently published posthumously, in 1893, in “Lucifer” magazine.

Those who have not studied the metaphysics of Theosophy are almost sure to find the numerous mentions in the above of the human “Principles” confusing. Please click here to see an explanatory chart with brief definitions of the various Principles of our constitution. To comprehend them more deeply, however, one has to do one’s own reading, study, and contemplation, upon the writings of H. P. Blavatsky and William Q. Judge. But other articles on this site can be of help, such as The Sevenfold Nature of Man, Ego Is Not A Bad Word, Atman – The Higher Self, Antahkarana – The Path, Christos – The Christ Principle, The Buddhi Principle, Damodar and The Hall of Initiation, The Daily Initiation, “The Voice of the Silence” – An Authentic Buddhist Text, and Conversation between a Christian and a Theosophist.