“It was thought by H.P.B. that true Eastern Occultism was the primeval system 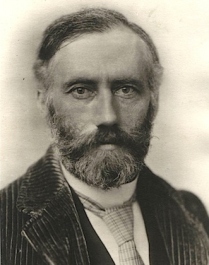 and hence better than the Western. For the Western is all overgrown with the weeds sown by Judaism in the beginning and mediaeval Christianity in the end. So it will be found that although at bottom Western Occultism has the same doctrines as the Eastern, a vast mass of rubbish has to be carried off in order to get at the truth. Anyone who will dive into Rosicrucianism will find those difficulties. It must always be borne in mind, too, that H.P.B. in speaking of Eastern Occultism had in view the real thing and not the many systems in India which would juggle the student quite as much as the things in the Western schools.

“Speaking for my own beliefs, I do not think Western Occultism is worthy of the name and is only a hodgepodge that produces confusion when the mere outer crust of virtuous living is mastered. It leads to saintliness but not to that higher knowledge which must be added to the good in order to make them also the wise.”