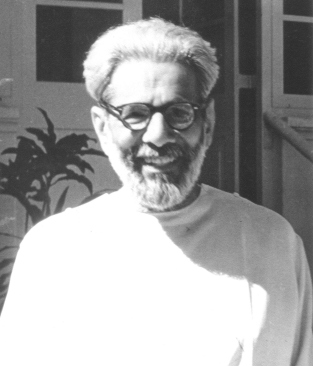 Theosophy has practical guidance to give on the subject of what is ordinarily and loosely called meditation. The general idea is well given in U.L.T. Pamphlet No. 12, which reprints the articles of Damodar and Mr Judge. Our Hindu brothers get all tangled up with the words without making a proper distinction between the terms they use.

The term generally used is “Yoga,” as in the Sixth Chapter of the Bhagavad-Gita, and it is related to the subject of meditation.

The important point made there is that two qualities are necessary – Abhyasa, which involves practice according to knowledge, and Vairagya, which means dispassion. These two are considered essential for the practice of meditation. But the important point must not be overlooked: Krishna recommends that every time the wandering mind goes away from the subject under consideration it should be brought back and put upon the Spirit.

People do not understand this. If I am engaged in, let us say, a mundane matter, connected with my routine life, I am supposed to be concentrated there. My mind wanders. I am called upon to bring it back, not to the work from which it wandered, but to the Spirit. Unless the real significance of this is understood, confusion results. There is a spiritual basis or aspect of every mundane activity and the general direction is that you should find that spiritual aspect, for it is on the basis of the spiritual aspect that concentration or meditation or contemplation can be practised.

People want to have a spiritual experience in special meditation of half an hour or an hour and they fail, simply because the real power of their periodic meditation is not utilized. I will never be able to bring my wandering mind under my control if I devote only an hour to keep it from wandering, when during the rest of the period it wanders.

But the Gita does not go further into the details about the exercise. The next book that people use is Patanjali’s Yoga Sutras and there again they begin to use terms without understanding their proper meaning and significance. There are four terms used: Pratyahara, Dharana, Dhyana and Samadhi. There is a fascination that people have for Dhyana and Samadhi without a realization that in the absence of the first steps of Pratyahara and Dharana, Dhyana is not possible, much less Samadhi. It is necessary, therefore, to understand the principles which are contained in these terms.

Pratyahara deals with the power of the mind which must try to gain one-pointedness in reference to whatever it is doing, and this is a worldly exercise. It is not necessarily recommended that special objects of meditation shall be taken up. But the highest in each aspect has to be sought out. This is the same as what is said in the Sixth Chapter of the Gita.

Then comes the subject of concentration; the next is contemplation, and then realization. Take the analogy of a military army. A regiment is concentrated, is brought to a point; all the soldiers come together. Then the general contemplates the object to be attacked – a city or a fort or a hill, or what not. Then he gives orders for the regiment to make its attack and that city or fort or hill is taken possession of. This is a good imagery. We must come to a central point, must concentrate. The very word indicates coming together to a centre. Now look up the root of the word “contemplation.” It is the consideration of that which has come together. Then Samadhi is the possession of the object contemplated upon, becoming one with that object. As a matter of fact every wandering mind, without meaning to do so, goes through all these three stages. Mr Judge tries to explain this in his Notes on the Bhagavad-Gita. So you see, it is a complex subject and it is necessary for us to get hold of the primary principle.

The other difficulty that you will find is that no concentration is possible unless the nature of the Higher or Spiritual Self is understood, at least in some measure. At one stage it is the lower self in its concentrated position that contemplates on the Higher Self and becomes one with that Higher Self. Then the next position is that, having become one with the Higher Self, once again he descends into his lower nature as a superior controller than when he left his ground previously.

You will find that if our Indian students will turn to The Voice of the Silence and take up certain verses they will be more successful in their meditation than by going though the difficult things which are written in Sutra style in the Patanjali book. A Sutra itself requires deciphering. An aphorism is not an easy thing and so such sentences in The Voice of the Silence as pertain to the subject of mind will prove beneficial.

Take for example: “The Mind is the great Slayer of the Real,” or the verses about withholding the mind from external objects and internal images, or the verse that refers to the mind as a mirror and to the dust to be brushed away from it; then there is this verse: “Thyself and mind like twins upon a line, the star which is thy goal burns overhead.” And there are other verses. If any student is really interested, he can cull from The Voice of the Silence these verses and arrange them in a particular order. I did that many years ago and found it worked admirably in more than one direction.

SOME RELATED ARTICLES: Meditation Advice, The Sevenfold Nature of Man, The Difference between Soul and Spirit, Atman – The Higher Self, 12 Things Theosophy Teaches, Practical Theosophy, The Two Paths, Helpful Hints for Spiritual Progress, Some Words of B.P. Wadia, Who was William Quan Judge?, The United Lodge of Theosophists, The Commitment of the ULT, The Three Gunas, The Danger and Deception of Channelling, The Psychic is not the Spiritual, Higher Kundalini and Lower Kundalini, and Damodar and the Hall of Initiation.