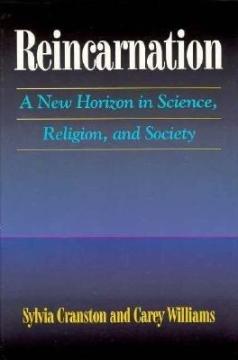 lifetime is interesting in that it dates from nearly 100 years ago, when such things were still very rare and generally received with much scepticism and ridicule. Although today there are literally thousands of well documented, thoroughly investigated, and proven descriptions of people’s past lives – see the reincarnation research of the late Dr Ian Stevenson for a start – this particular account is of interest because of its curious nature and content.

It brings to mind what we said in the article A Right Understanding of Reincarnation: “It is not uncommon for young children, being only newly reincarnated, to remember and mention details from a past life, usually the one directly preceding the current one. Unfortunately, here in the sceptical and materialistic West, many parents and teachers ignore such things and dismiss it as merely being childish imagination.”

Everything that follows is excerpted from Chapter 5 (“Cases of the Reincarnation Type from around the world”) of the excellent and highly regarded book “Reincarnation – A New Horizon in Science, Religion, and Society” by Sylvia Cranston and Carey Williams.

The account that follows received first prize in a national contest titled “The Most Extraordinary Coincidence I Know Of.” It was conducted by The American Magazine, and the winning story appeared in the July 1915 issue. Whether it was merely a coincidence or something more, the reader can judge. The contributor, a woman in Minneapolis, provided this introduction.

“Perhaps the best internal evidence of the truth of this little story, is its simplicity. Another matter worth noting is that the diary in which the record was made many years ago and the documentary history in which the note was found are still in existence, and the characters are still living to bear witness – if their word be believed. And this is the way one of the most absolutely truthful women I ever knew or can hope to know told the story…”

“Anne, my little half-sister, younger by fifteen years, was a queer little mite from the beginning. She did not even look like any member of the family we ever heard of, for she was dark almost to swarthiness, while the rest of us all were fair, showing our Scotch-Irish ancestry unmistakably.

“As soon as she could talk in connected sentences, she would tell herself fairy stories, and just for the fun of the thing I would take down her murmurings with my pencil in my old diary. She was my especial charge – my mother being a very busy woman – and I was very proud of her. These weavings of fancy were never of the usual type that children’s fairy tales take; for, in addition to the childish imagination, there were bits of knowledge in them that a baby could not possibly have absorbed in any sort of way.

“Another remarkable thing about her was that everything she did she seemed to do through habit, and, in fact, such was her insistence, although she was never able to explain what she meant by it. If you could have seen the roystering air with which she would lift her mug of milk when she was only three and gulp it down at one quaffing, you would have shaken with laughter. This particularly embarrassed my mother and she reproved Anne repeatedly. The baby was a good little soul, and would seem to try to obey, and then in an absent-minded moment would bring on another occasion for mortification. ‘I can’t help it, Mother,’ she would say over and over again, tears in her baby voice, ‘I’ve always done it that way!’

“So many were the small incidents of her ‘habits’ of speech and thought and her tricks of manner and memory that finally we ceased to think anything about them, and she herself was quite unconscious that she was in any way different from other children.

“One day when she was four years old she became very indignant with Father about some matter and, as she sat curled up on the floor in front of us, announced her intention of going away forever.

“ ‘Back to heaven where you came from?’ inquired Father with mock seriousness. She shook her head.

“ ‘I didn’t come from heaven to you,’ she asserted with that calm conviction to which we were quite accustomed now. ‘I went to the moon first, but – You know about the moon, don’t you? It used to have people on it, but it got so hard that we had to go.’

“This planned to be a fairy tale, so I got my pencil and diary.

“She was so serene in her announcement that my father laughed heartily, which enraged the child, for she particularly disliked being ridiculed in any way.

“ ‘Oh, pooh-pooh,’ he scoffed, ‘little United States girls can’t be men in Canada! What was your name that you ’member so well?’

“She considered a minute. ‘It was Lishus Faber,’ she ventured, then repeated it with greater assurance, ‘that was it – Lishus Faber.’ She ran the sounds together so that this was all I could make out of it – and the name so stands in my diary today. ‘Lishus Faber.’

“ ‘And what did you do for a living, Lishus Faber, in those early days?’ My father then treated her with the mock solemnity befitting her assurance and quieting her nervous little body.

“ ‘I was a soldier’ – she granted the information triumphantly – ‘and I took the gates!’

“That was all that is recorded there. Over and over again, I remember, we tried to get her to explain what she meant by the odd phrase, but she only repeated her words and grew indignant with us for not understanding. Her imagination stopped at explanations. We were living in a cultured community, but although I repeated the story to inquire about the phrase – as one does tell stories of beloved children – no one could do more than conjecture its meaning.

“Someone encouraged my really going further with the matter, and for a year I studied all the histories of Canada I could lay my hands on for a battle in which somebody ‘took the gates.’ All to no purpose. Finally I was directed by a librarian to a ‘documentary’ history, I suppose it is – a funny old volume with the s’s all like f’s. This was over a year afterward, when I had quite lost hope of running my phrase to earth. It was a quaint old book, interestingly picturesque in many of its tales, but I found one bit that put all the others out of my mind. It was a brief account of the taking of a little walled city by a small company of soldiers, a distinguished feat of some sort, yet of no general importance. A young lieutenant with his small band – the phrase leaped to my eyes – ‘took the gates’ and the name of the young lieutenant was ‘Aloysius Le Febre.’ ”

The part where the child states that humanity once lived on the moon may sound fantastic, but theosophists might find it corroborative of their views that the moon was once a living planet and our former home. Interesting that it is now known that the moon rocks brought back by astronauts are older than any found today on earth.

If you liked this, you may also like to read A Right Understanding of Reincarnation, Death and the Afterlife, Questions about Karma, The Skandhas, Video Evidence of Reincarnation, and Being Sensible about Past Lives, to explore and understand more about the mysteries of death, dying, and the cyclic rebirth of the soul.

One thought on “A Little Girl’s Past Life Memory”